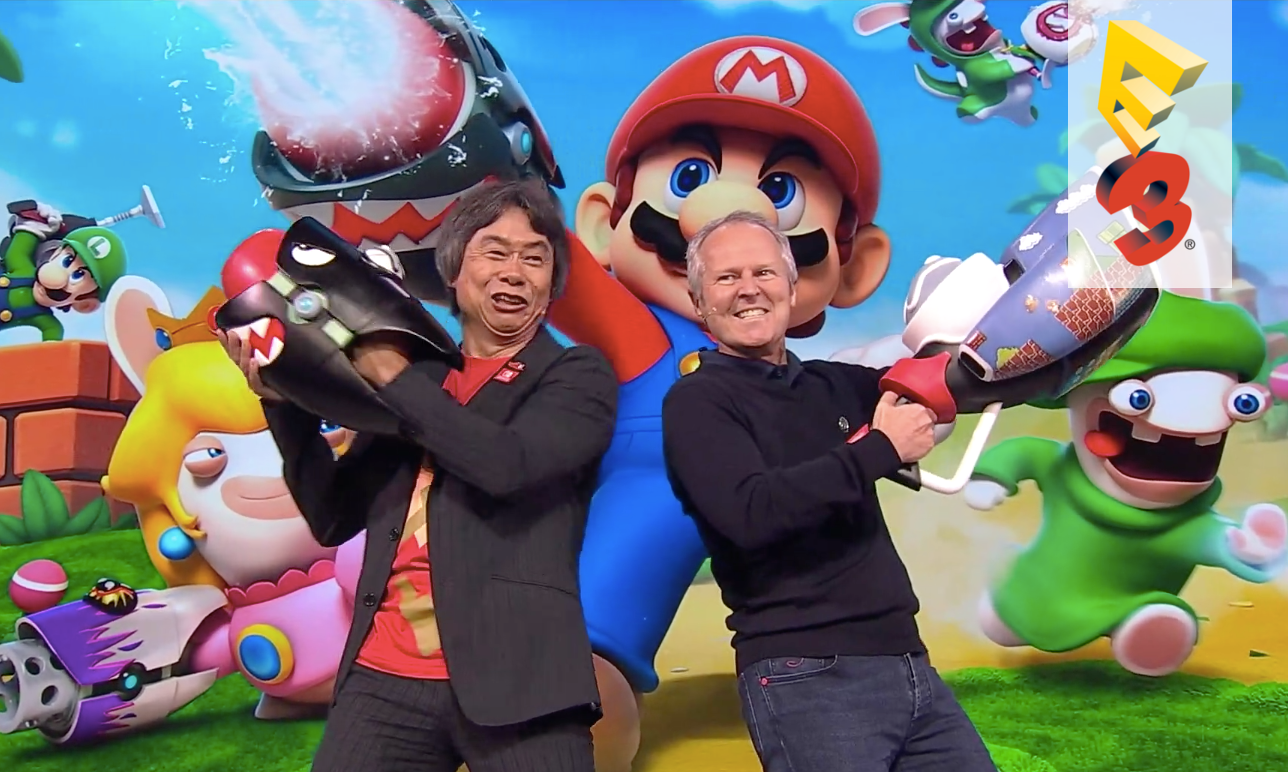 When it comes to the live shows at E3, going last can be a bit of a gamble. Depending on what you’ve got to offer, you’ll either top everything presented so far and go out in a blaze of glory, or be the disappointing finale that saw the live shows limp to a close. But if there’s one company that has never been particularly bothered about expectations, it’s Nintendo, making it the perfect choice for this year’s final presentation. Despite not having much in the way of really big news (aside from vaguely mentioning a Switch-based Pokemon RPG project), their usual brand of fun, quirky gameplay was definitely a crowd-pleaser – here’s our rundown of all the trailers.

The most exciting announcement? Metroid Prime 4 is finally on its way, and headed for the Switch – albeit without any hint of a release date.

Super Mario Odyssey was another fan favourite, mostly due to Mario’s new ability to creepily possess other humans, creatures and even inanimate objects by throwing his hat on them. This immediately sparked huge discussion online as to the morality and potential psychological trauma of possessing a fellow human, which I’m sure is what Nintendo intended. It’ll hit shelves on October 27, 2017.

As expected, record-breaking title The Legend of Zelda: Breath of the Wild made an appearance, with a trailer for the June 30 DLC release.

August 29 will see the release of Mario + Rabbids, the slightly bonkers-looking turn based combat game that initially baffled the internet when a marketing presentation leaked in May. However, one (admittedly adorable) appearance from Nintendo’s Shigeru Miyamoto later, it seems like everyone’s changed their minds.

Rocket League will be bringing its unique brand of motorsport based footballing fun to the Switch later this year, with Xbox cross-play also announced.

Kirby and Yoshi will also be getting their own games on the Switch, as these two pretty adorable trailers show.

JPRG Xenoblade Chronicles will be getting a sequel, which Nintendo are clearly quite excited about – they premiered a trailer and over 40 minutes of exclusive gameplay for the open world title.

Fire Emblem Warriors turned up with a new trailer, but no release date, although we do know it’ll be coming to Nintendo 3DS and the Switch.

A remake of Metroid II, it’s widely suspected that Nintendo released Metroid: Samus Returns to quash a popular fan-made version that started doing the rounds last year. Whatever the reason, it’s another reason for Metroid fans to celebrate.

Let us know what you thought of the show below.