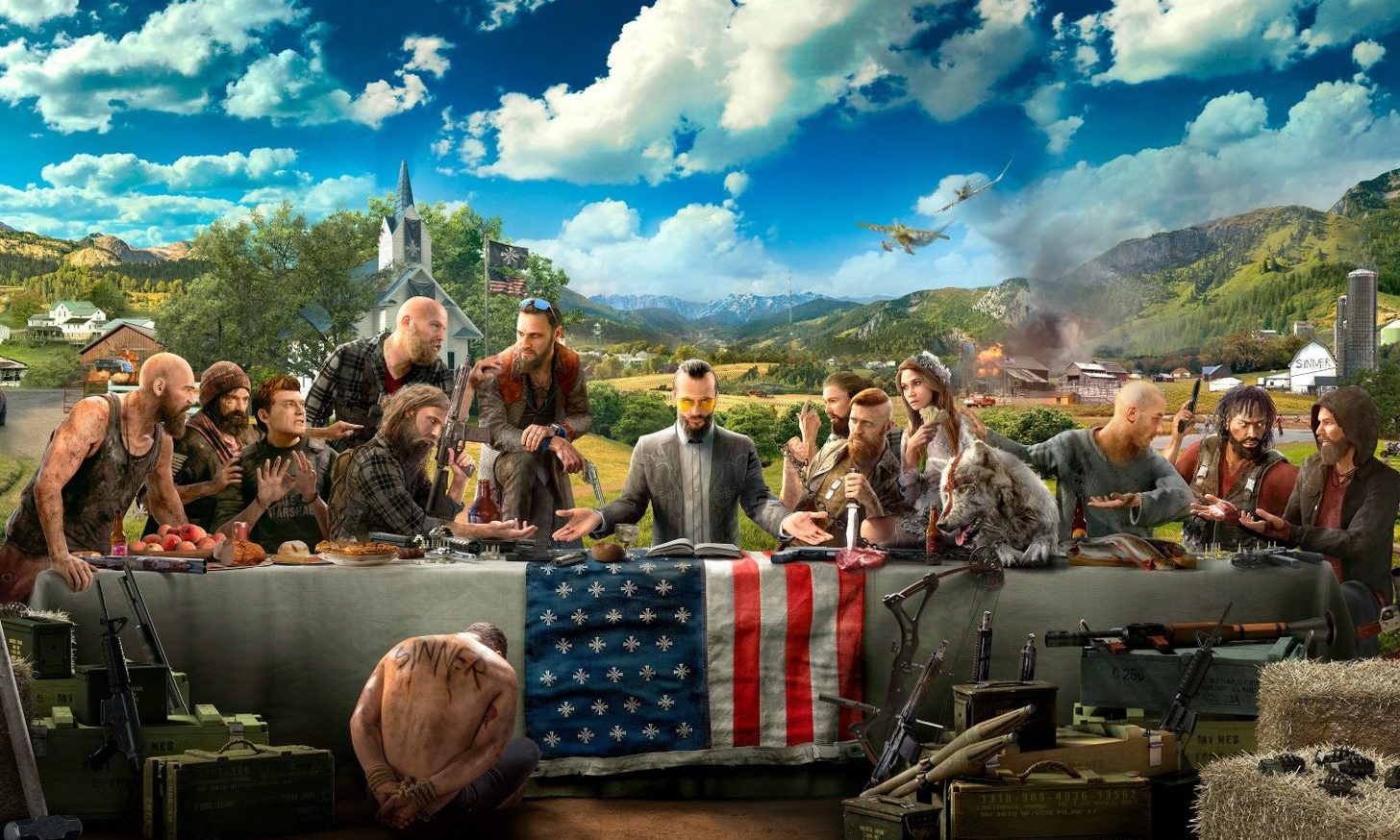 If you’re not a fan of pulling sickies, make sure you’ve booked February 27, 2018 off from work – Ubisoft have just announced it’s the release date of Far Cry 5. This time, the franchise makes the move to the US, with the state of Montana playing host to the utter pandemonium of the Ubisoft universe. From previous installments we’ve come to expect an eloquently sadistic villain, hordes of psychotic animals, and some rather breathtaking scenery – and from what we’ve seen so far, that sounds about right.

You’ll experience the game from the perspective of Hope County’s Junior Deputy, stuck in a small town rocked by religious turmoil. This is the setting for a story Far Cry enthusiasts will know well; shoot, capture, and skin your way across the map, with the ultimate aim of overthrowing the maniacal despot. The cult at the centre of the chaos this time round is The Project at Eden’s Gate, whose influence you need to wipe out. To do this you’ll need all of your arsenal, from baseball bats and sledgehammers to muscle cars and ATVs.

New and returning features are aplenty in Far Cry 5. In particular, you’ll have the ability to play two player co-op through the campaign, although only if you’re online. Number 5 also sees the return of Guns for Hire tokens, with the new addition of Fangs for Hire tokens, which enable you to recruit animals to fight by your side. In addition, the map editor will be included again, giving the game virtually unlimited potential for new arenas.