How To Get The Most From Elder Scrolls Online: Morrowind 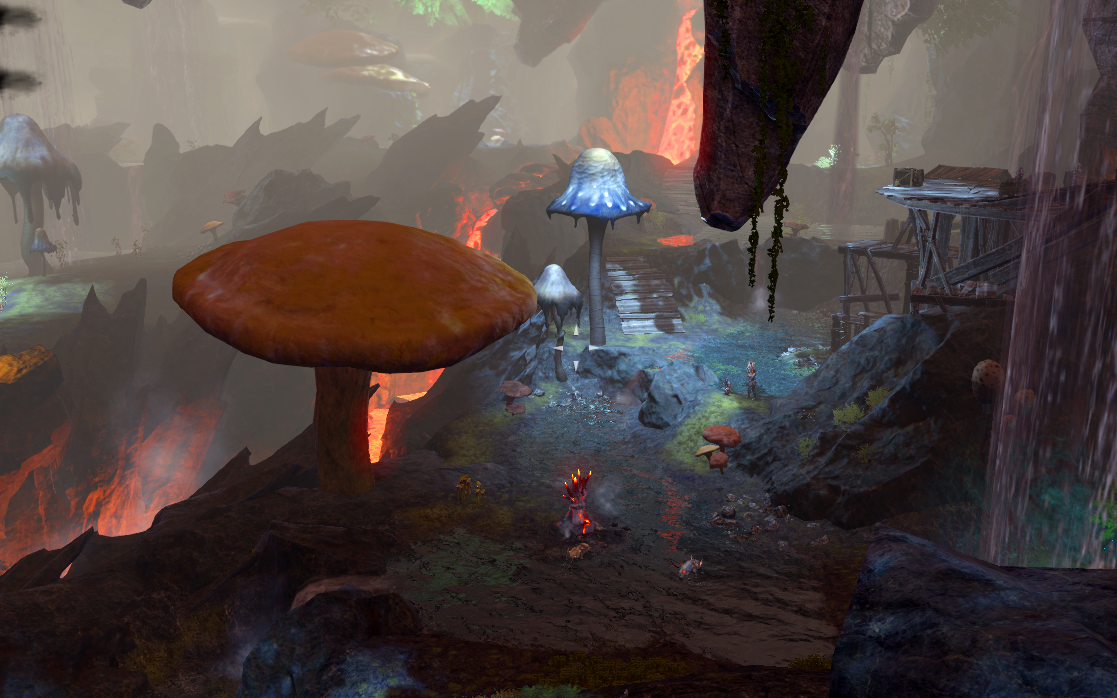 It’s been a 15 year wait, but today’s launch of the Elder Scrolls Online expansion finally sees a much-anticipated return to the chapter of Morrowind. With over 30 hours of main story content, a huge new world, a new player class, and a new PvP mode, it’s the biggest expansion to the MMO since it launched.

Of course, if you fancied a peaceful stroll around the island you know and love, you’ve picked the wrong time to arrive. An ancient evil (is there any other kind?) has descended on Vvardenfell, and, as usual, the only person who can deal with it is you.

However, if you haven’t played Elder Scrolls Online recently, or even at all, you might not have the greatest opinion of the game. But since it’s launch three years ago, ESO has actually developed into a pretty great MMO – fun, easy to pick up and packed with content. So, whether Morrowind has enticed you back into the fold, or you’re a loyal who never left, here are our tips for staying alive, levelling up and getting the most from the new expansion.

1. Save travelling time with wayshrines

First up – it might seem obvious, but the wayshrines dotted around Morowind are by far the fastest way to get around. Forget horsing around on your mount – wayshrines might cost you a little bit of money, but they’ll save you a lot of time. To fast travel, you’ll simply need to open your map and choose the wayshrine closest to where you’re heading. You’ll then perform a slightly dramatic, somewhat galactic piece of interpretive dance, before being whisked away to your destination. Of course, you can also use a Silt Strider to get around, too. 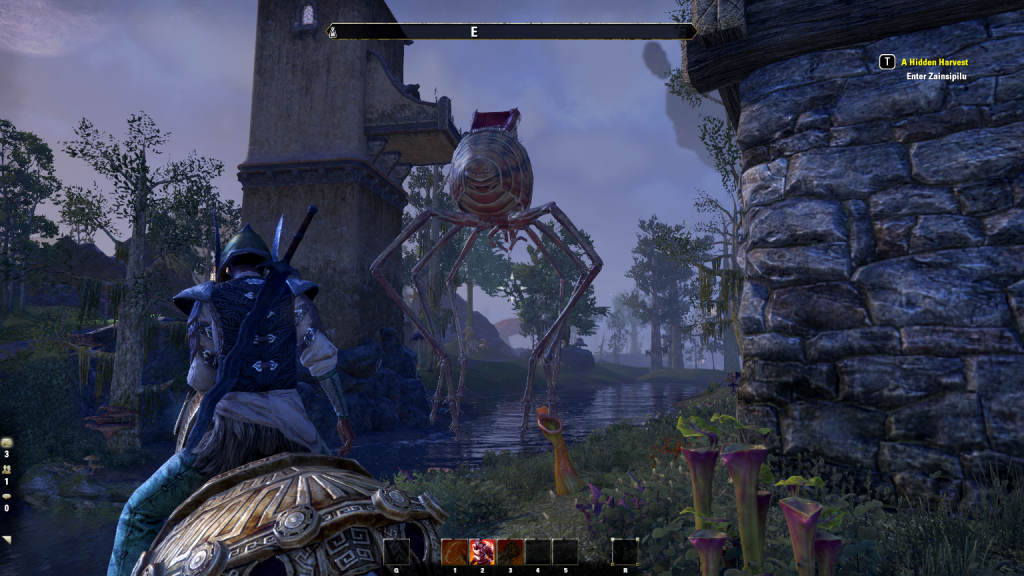 Our next tip is simply to play ESO with a friend. Again, it sounds pretty obvious, but the game is multiplayer, so it’s a lot more fun with someone fighting by your side. In fact, given the Morrowind monsters’ obsession with ambushing you, it might just be a lifesaver. Playing in a team can can also reduce the work needed to complete objectives, allowing you to progress faster – something we learnt after I let Andrew from BVG murder his way through a restricted building, amassing a sizeable bounty, only to find that I could just walk in, all thanks to his hard work.

3. Mix up your armour and abilities

Next up, one of the fastest ways to level your abilities and armour is simply to make sure you’ve always equipped as many different types of both as possible. Since abilities level up as you earn XP, even if you don’t use them, having them attached means you’re keeping your skill lines open for later. Plus, once you know which abilities you really like, you can morph them into much more powerful versions. Similarly, wearing any amount of an armour type – heavy, medium, light – means that type will improve from combat. So if you wear a mix of all three, you’ll always be able to wear any armour you find, no frantic levelling up required. 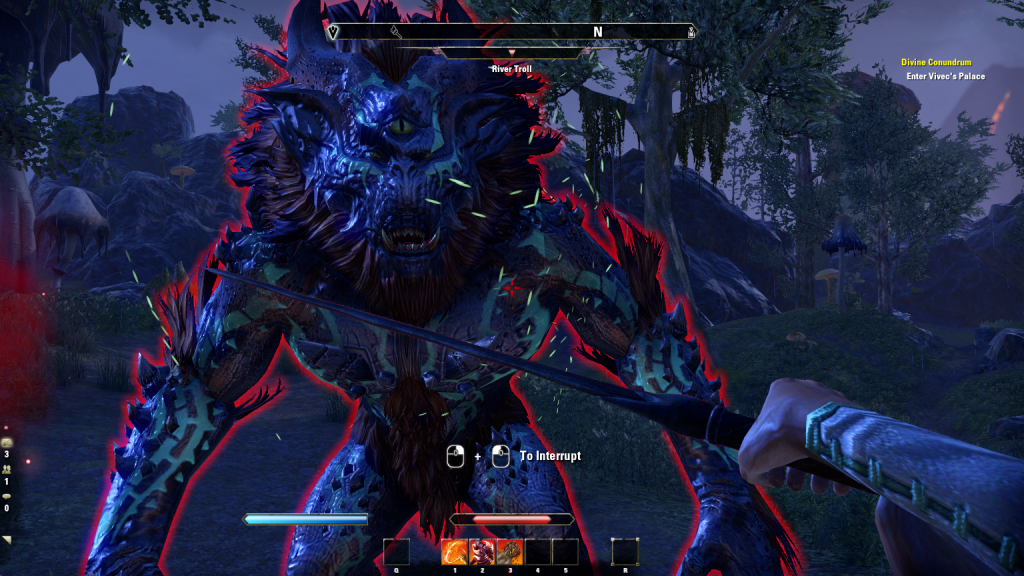 4. How to get away with murder

So you indulged your kleptomaniac side, or ended a fight in a way Batman wouldn’t approve of. That’s all well and good, but you weren’t stealthy enough, and now there’s a bounty on your head. Unfortunately, bounties aren’t much fun, and unlike other Elder Scrolls games, they’ll follow you wherever you go. While you’re wanted, any nearby guard will immediately apprehend you, and demand you pay off your bounty. They’ll also confiscate any stolen items you have. If you’ve got the gift of the gab, you might be able to talk your way out of it, but otherwise, your only other option is to flee. And if you plan to do that, you’d better be fast, as I learnt the hard way. However, there is another method to shake off your ill-gotten reputation – an outlaw’s refuge. There, you’ll be able to sell or launder stolen goods, or just generally hang about with other bad people until your bounty decays away.

Lastly, don’t be worried if you think you’ve killed a monster and it looks like it’s coming back to life. Much as we had our fingers crossed for a whole new zombie take on Morrowind, it turns out it’s just a bug. Our rule for monsters? If you can search it, it’s definitely dead. 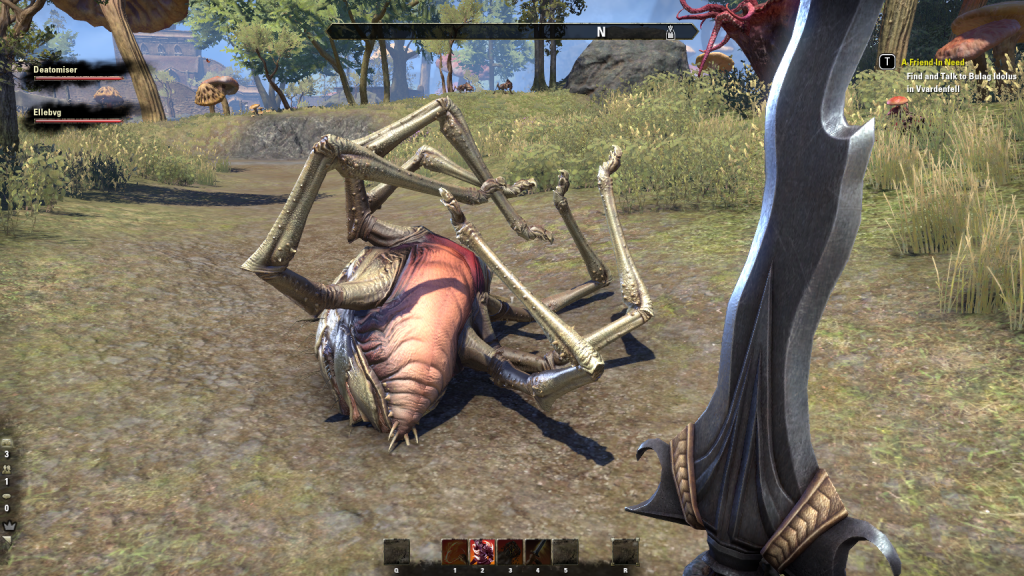 Overall, we’re big fans of not just the new expansion, but Elder Scrolls Online, too – we found it to be a visually beautiful, storyline-driven adventure with fun, fast-paced combat. It’s also clear that the developers have worked hard to make ESO an accessible yet challenging game for players of all experience and abilities. In addition, last year’s One Tamriel update was a quite literal game-changer, automatically levelling your character to take on any enemy or quest they encounter. As such, you’ll find instantly playable action, wherever you wander.

Elder Scrolls Online: Morrowind is out now, and available on PC, PlayStation 4 and Xbox One. Don’t forget, if you’ve got any tips of your own, you can share them in the comments below.