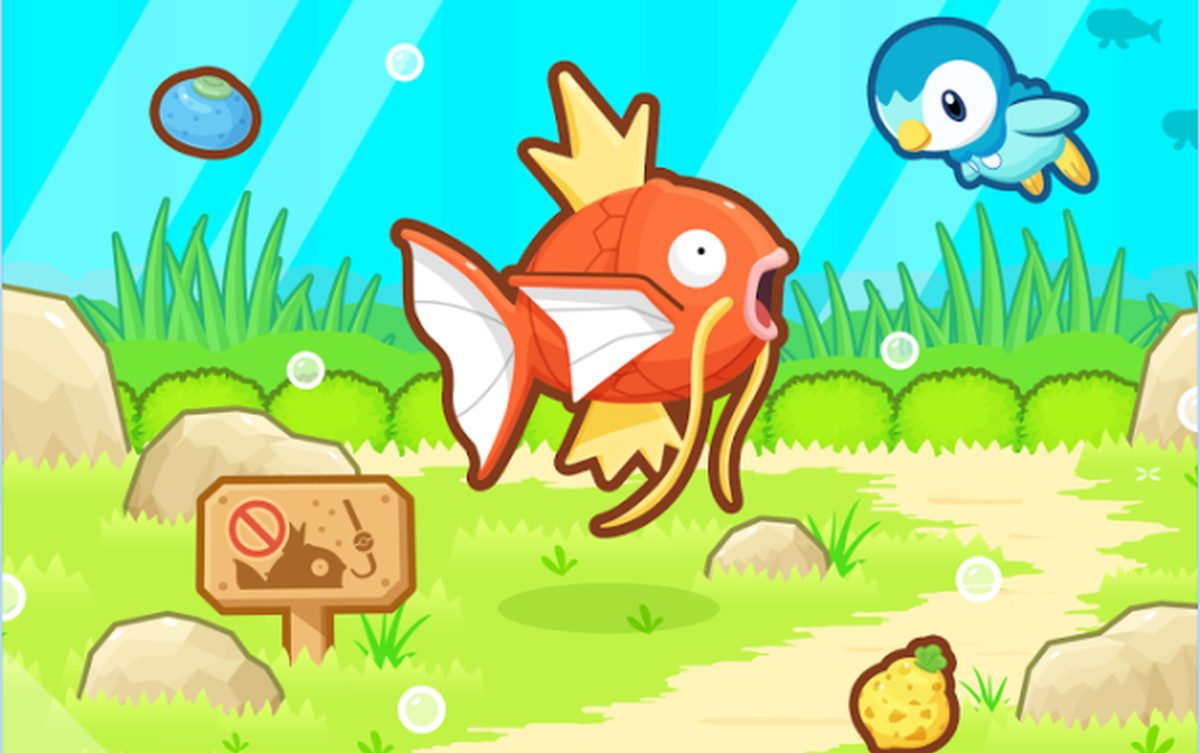 Everyone’s favourite underachiever, Magikarp, finally has its own game. No more is the spotlight fixed firmly on fame-hungry Pikachu – Magikarp Jump has hit the mobile gaming scene with a splash.

A freemium mobile title, the game revolves around attempting to drill your Magikarp into jumping as high as possible. And yes, that’s pretty much all there is to it. This herculean feat is achieved through training and feeding, while the player’s level determines the potential jumping power of the lovable buffoon. Oh, and sometimes Pikachu turns up to give you a boost (and remind poor Magikarp of his star status, no doubt).

The ultimate aim is to collect all the badges from the various Magikarp jumping leagues, by competing against the other jumping Magikarp trainers to see whose fish jumps higher. Again, that’s really all there is to it. Which doesn’t explain why, somewhat embarrassingly, I have struggled to put it down for days. So, if you love Pokémon and have time to kill, this is probably a no-brainer.

Magikarp Jump is available now for free in the iOS and Android stores.